The history of the Henke-Group

In 1929 the company was found by the eponym Paul Henke, a young man who recognized the signs of the times. The company established itself as a hardware specialist in the growing East Westphalian furniture indurstry. Partners were satisfied by the innovations, flexibility and customer proximity. Paul Henke was significantly involved in the development and growth of the regional furniture industry. 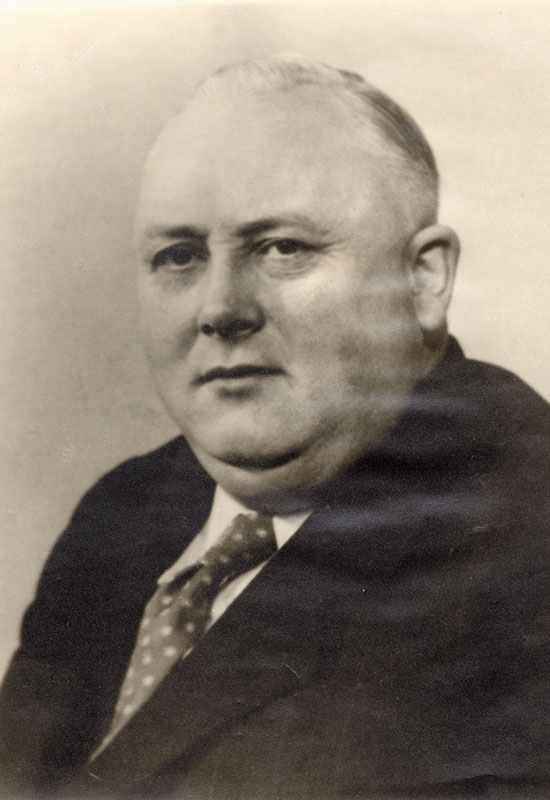 1929
Opening of a factory for metal parts

1938
With courage into the unknown 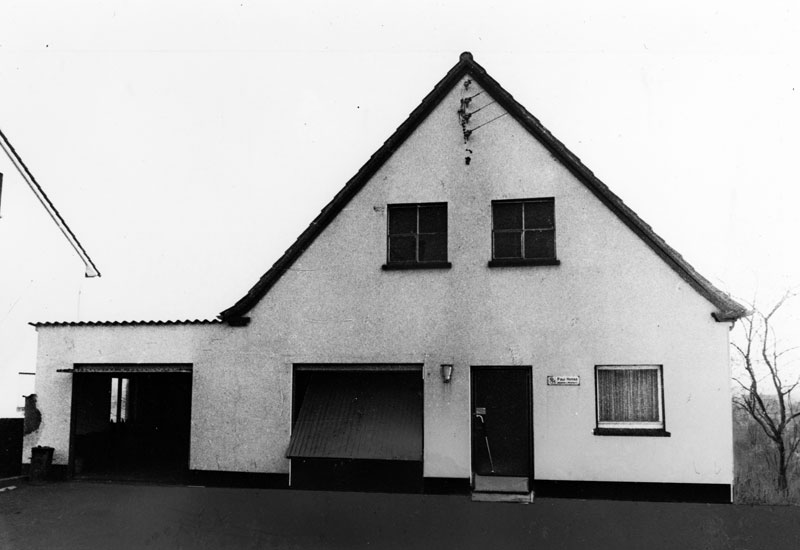 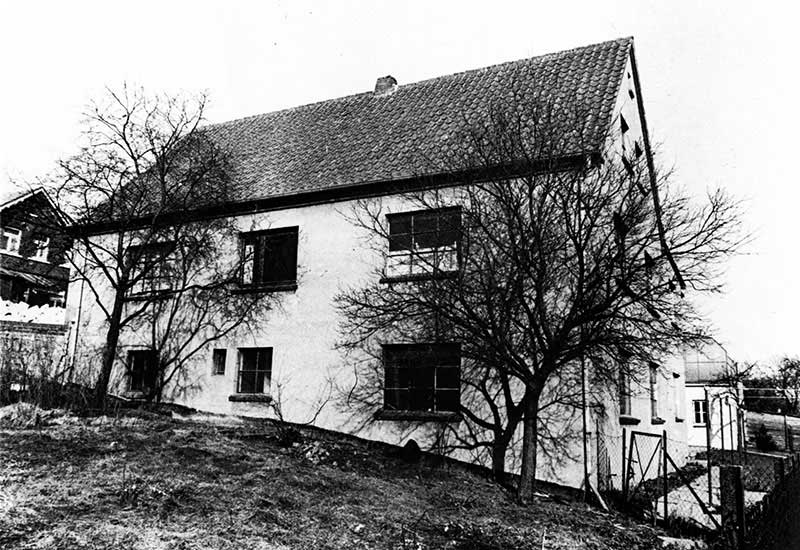 1950
Best cooperation with the Netherlands 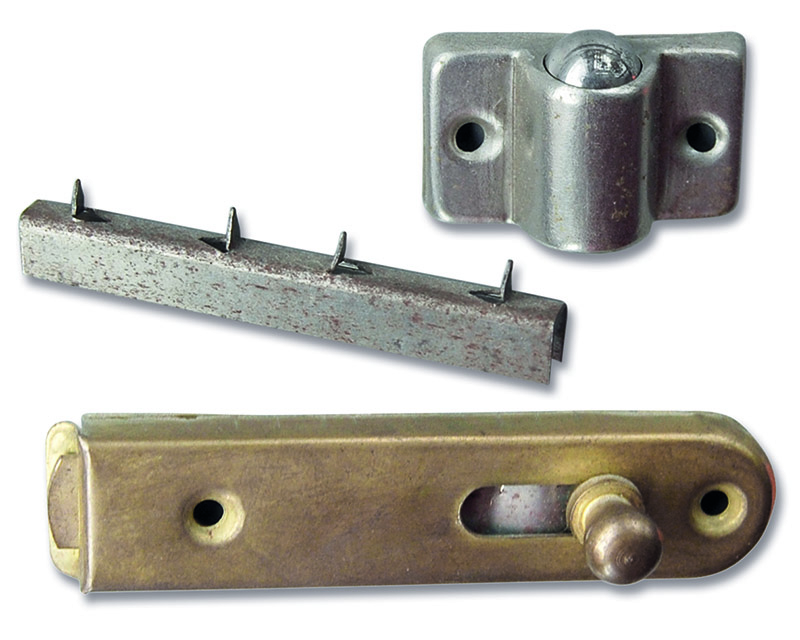 1952
Entry in the commercial registry 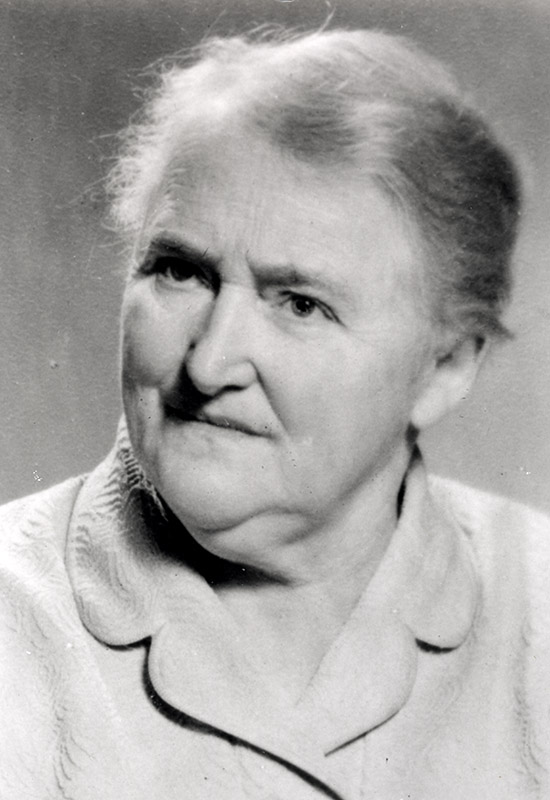 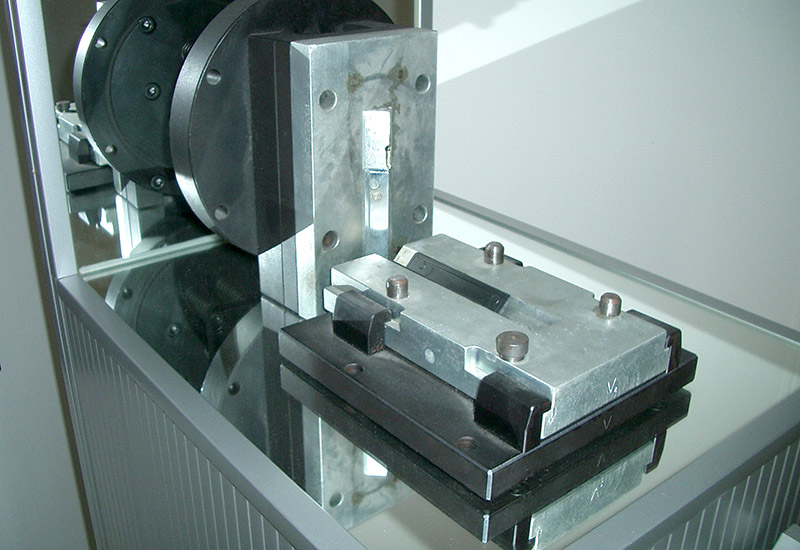 1961
First million in sales is achieved 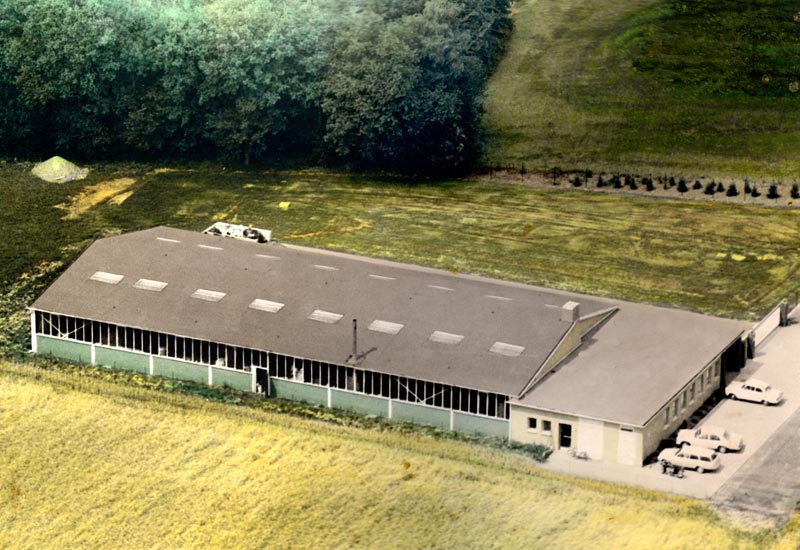 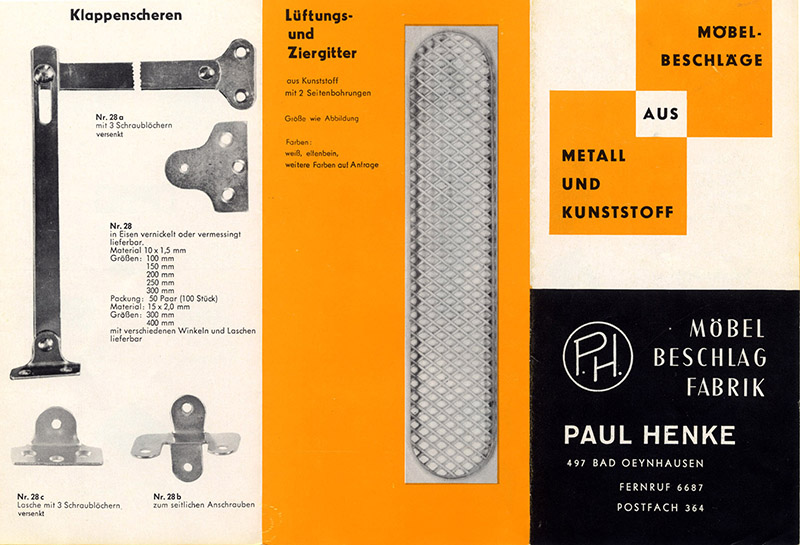 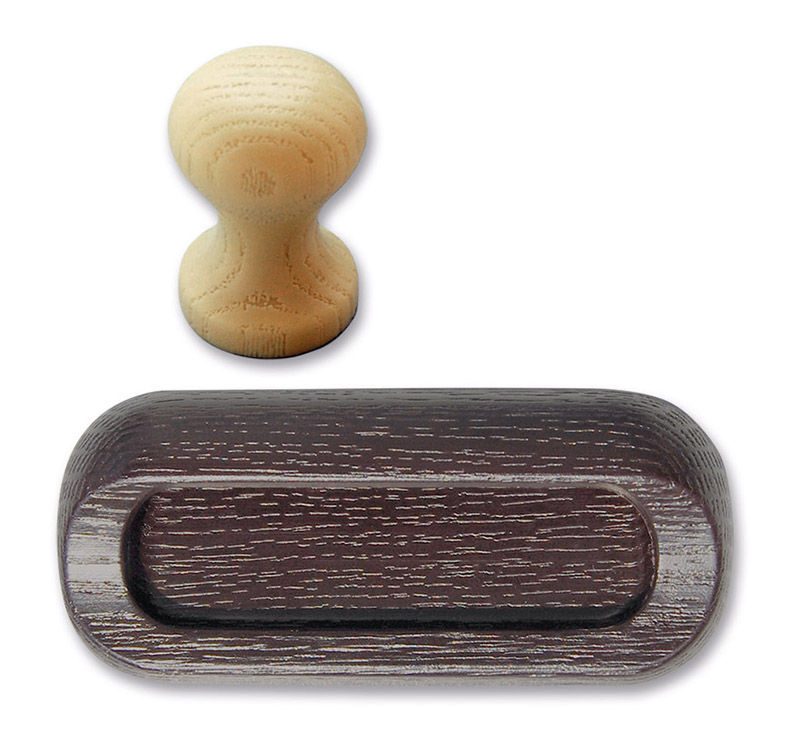 1975
Extension of technologies and managemen 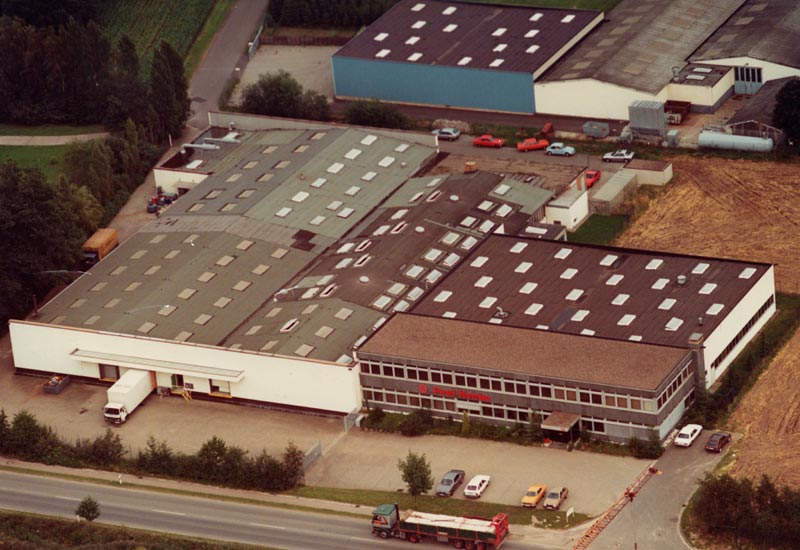 1979
Roger Henke, grandchild of the founder, starts his career at Paul Henke 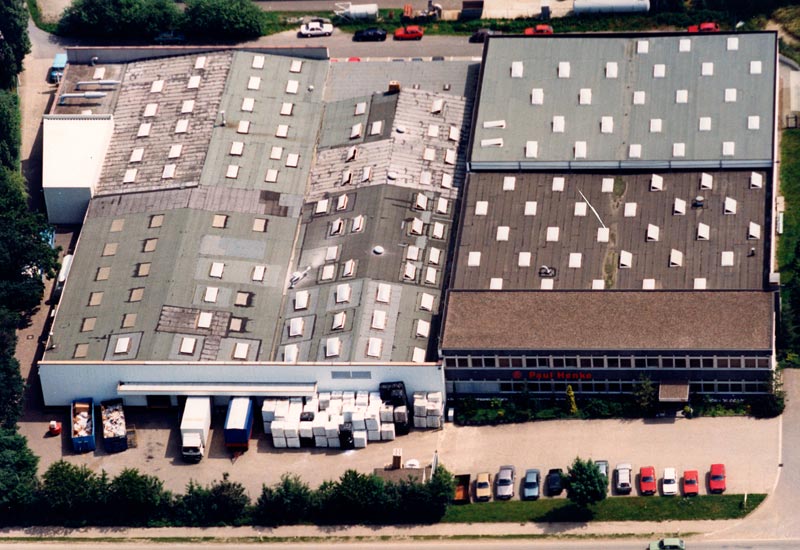 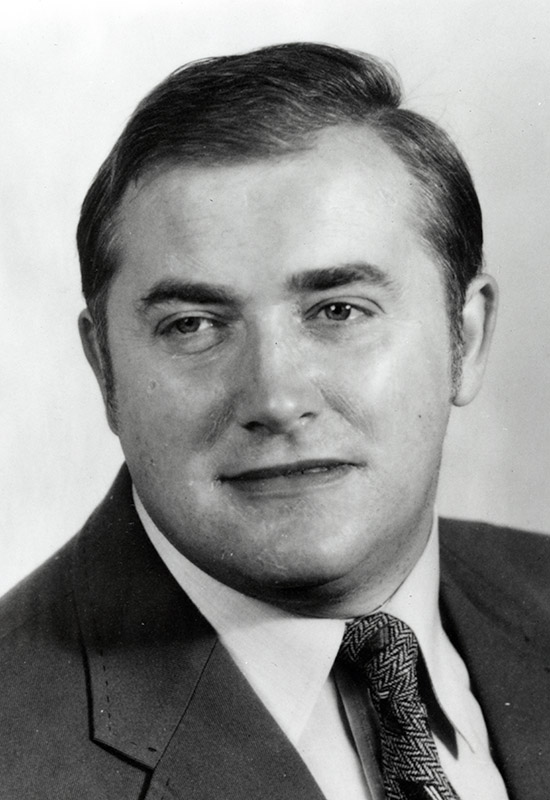 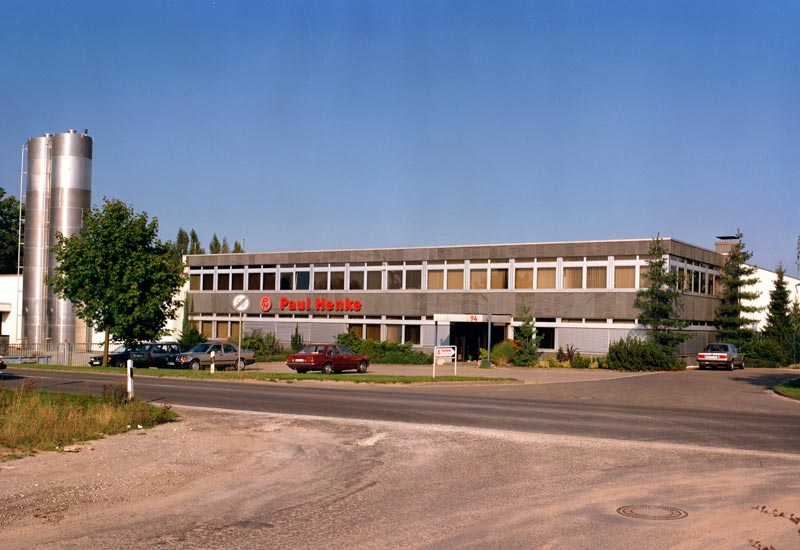 1991
Investment in the finishing of components 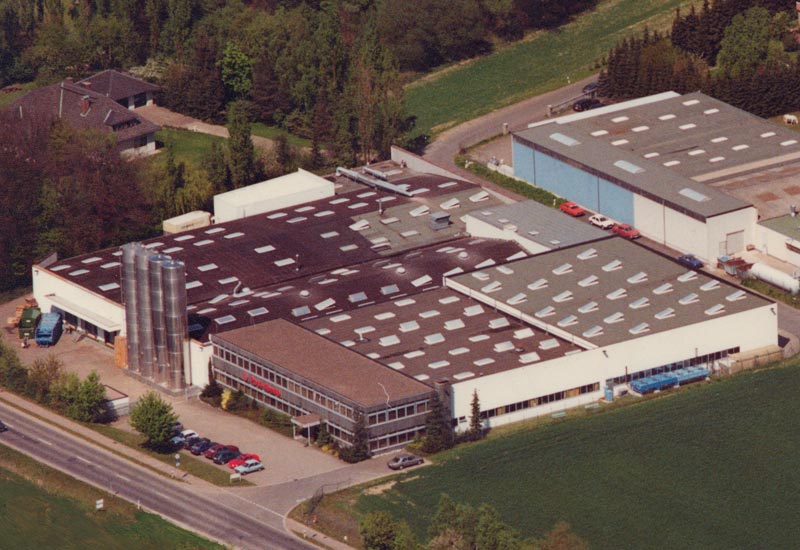 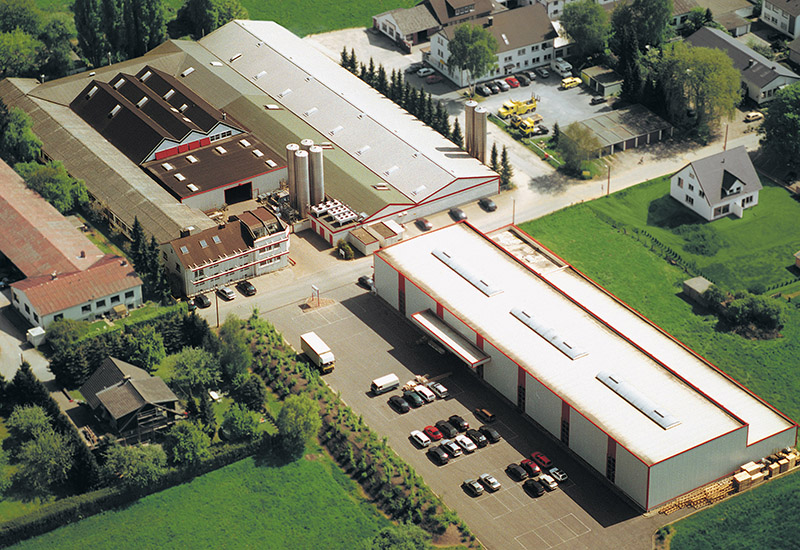 1994
Space needed for expansion is utilized 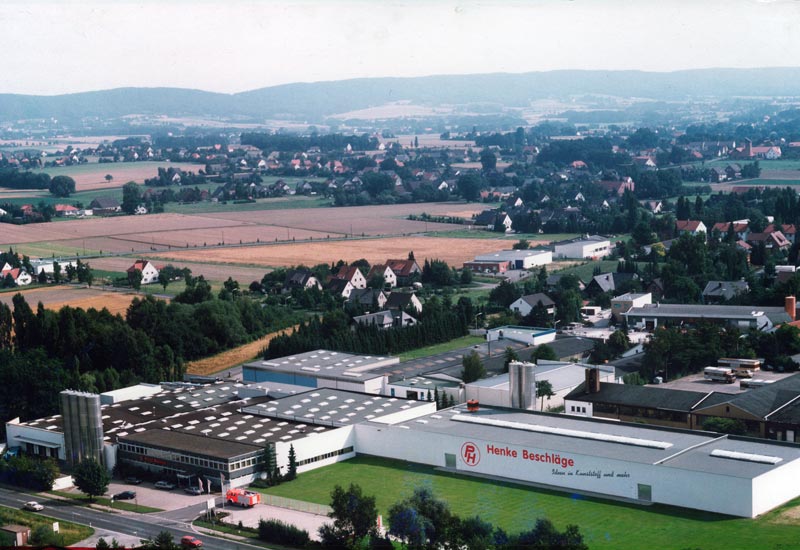 1997
Roger Henke is appointed as the managing director 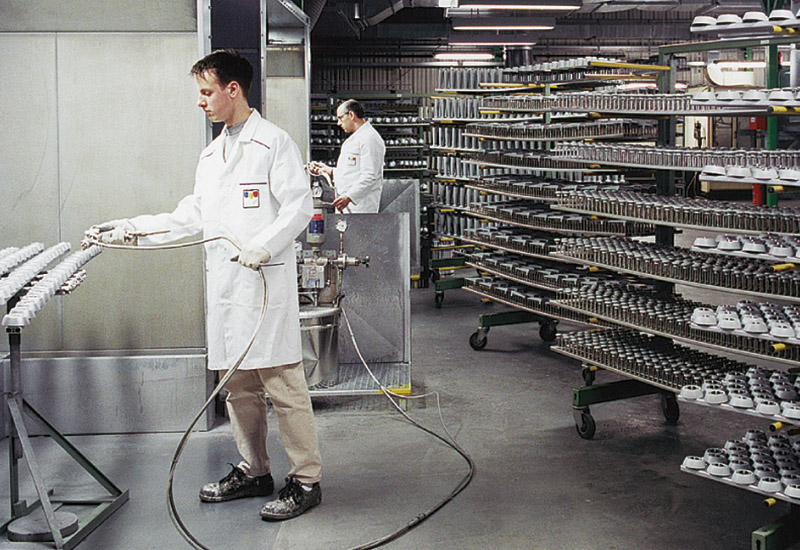 1999
Expansion of the tool shop 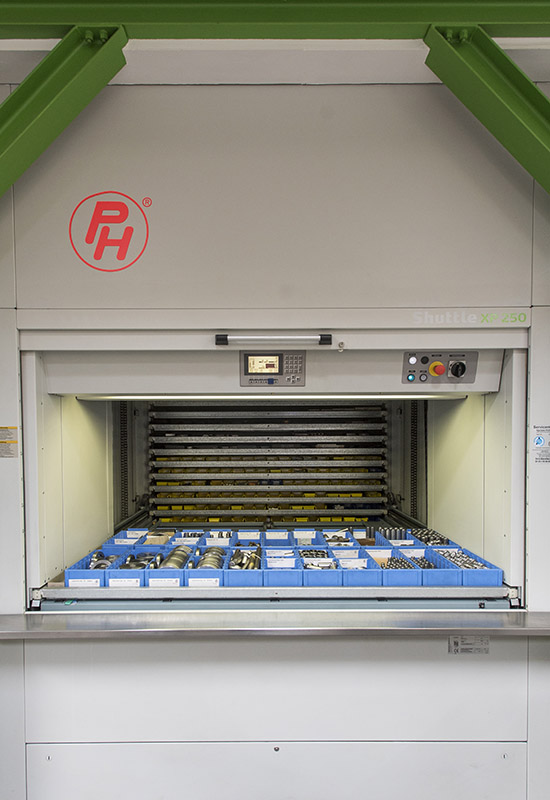 2000
The Henke catalog is published in binder form 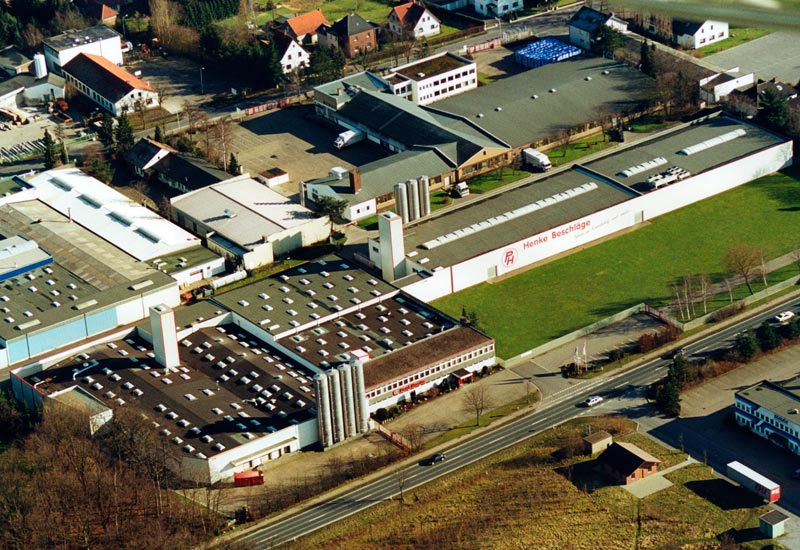 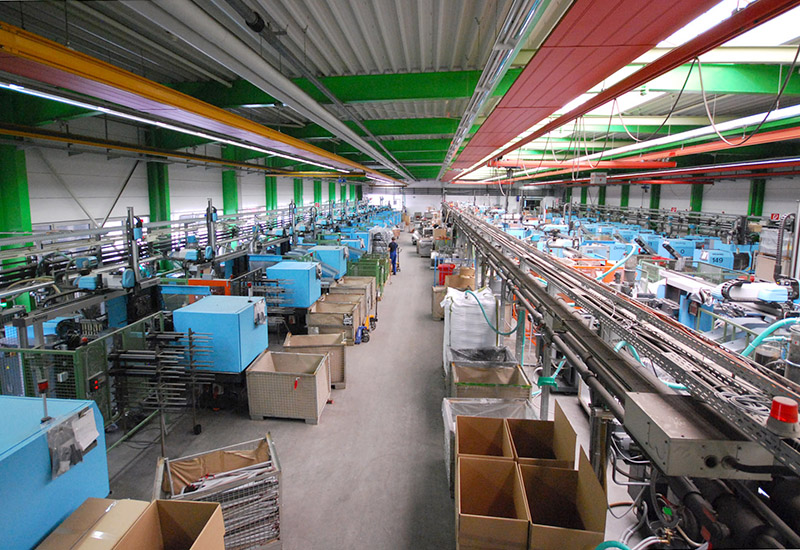 2002
project-Profile in the VW Golf

2003
Laser welding is used in toolmaking 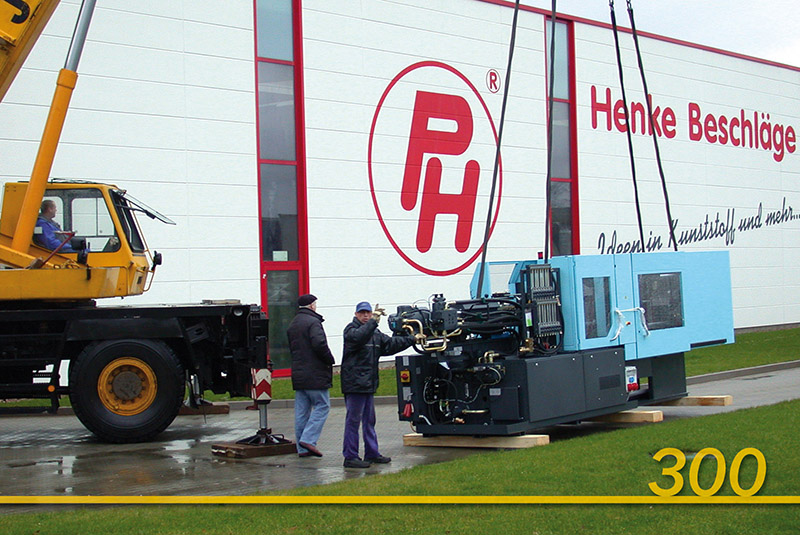 2007
First presentation at the ZOW fair in Bad Salzuflen 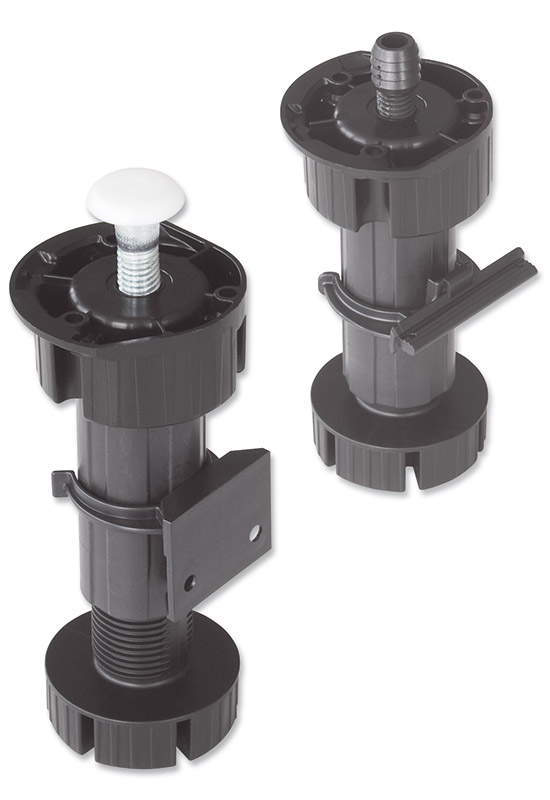 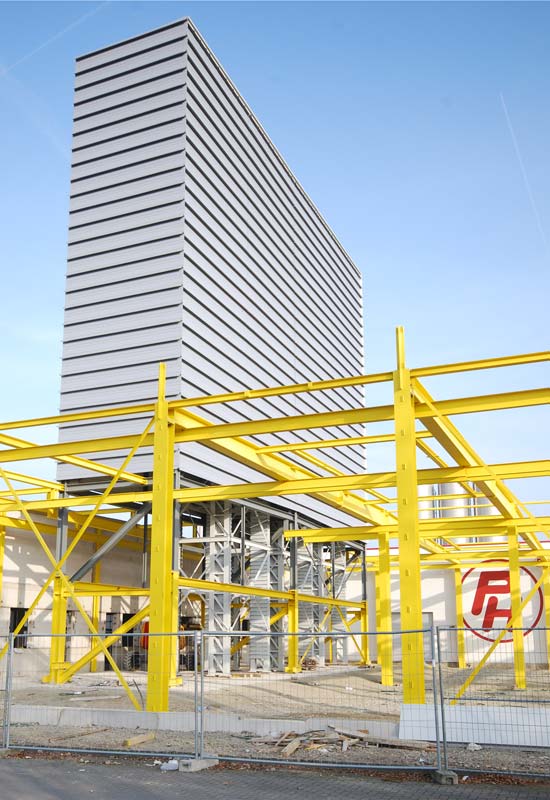 2011
A new office wing is inaugurated 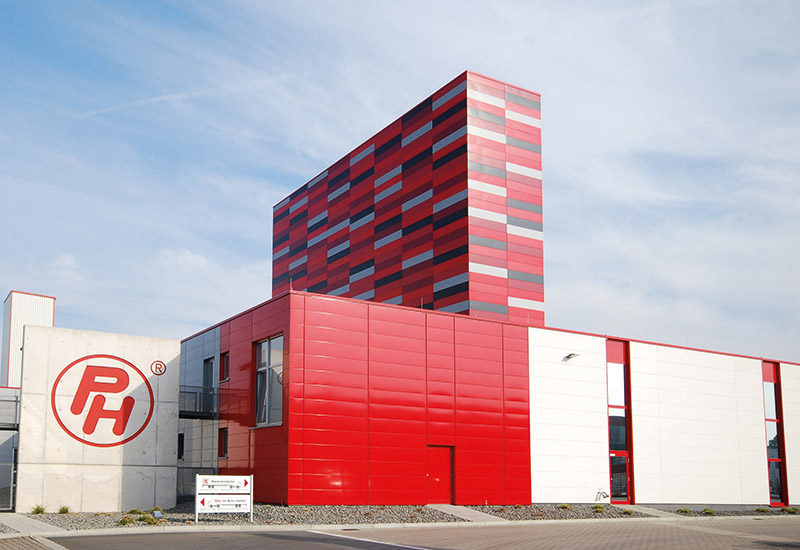 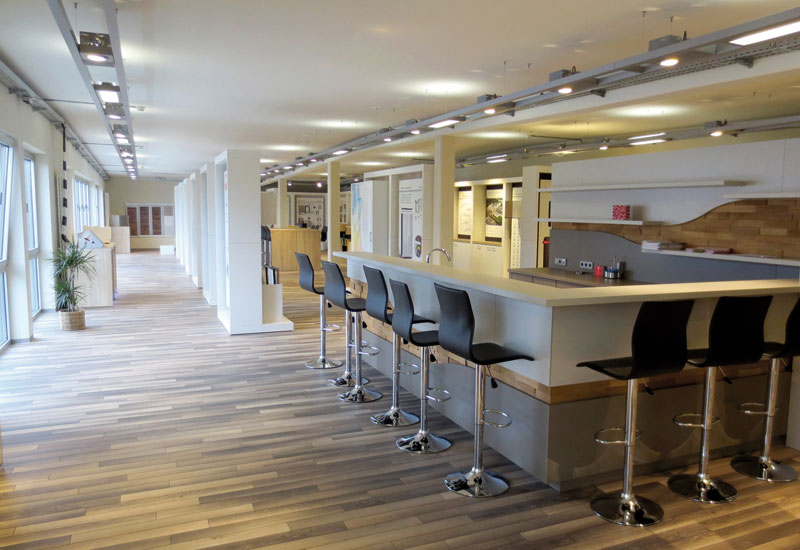 2013
Certification and "fireworks of ideas" at ZOW 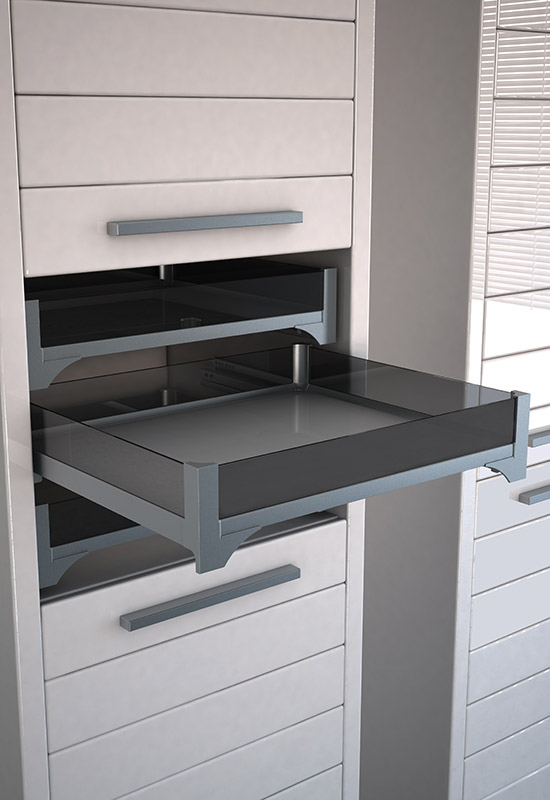 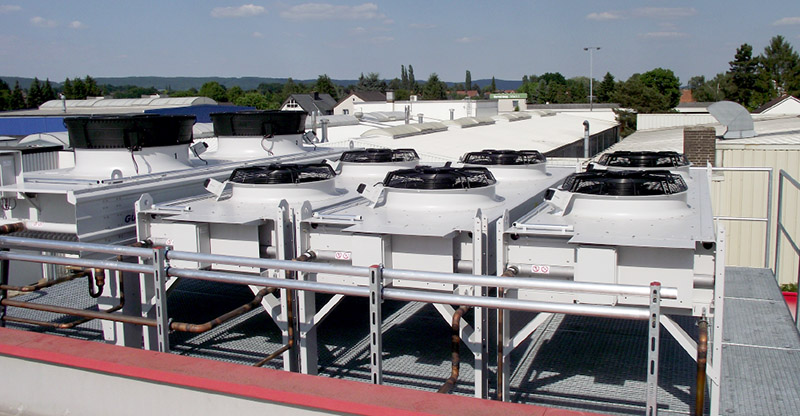 2015
Energy modernization in the administration 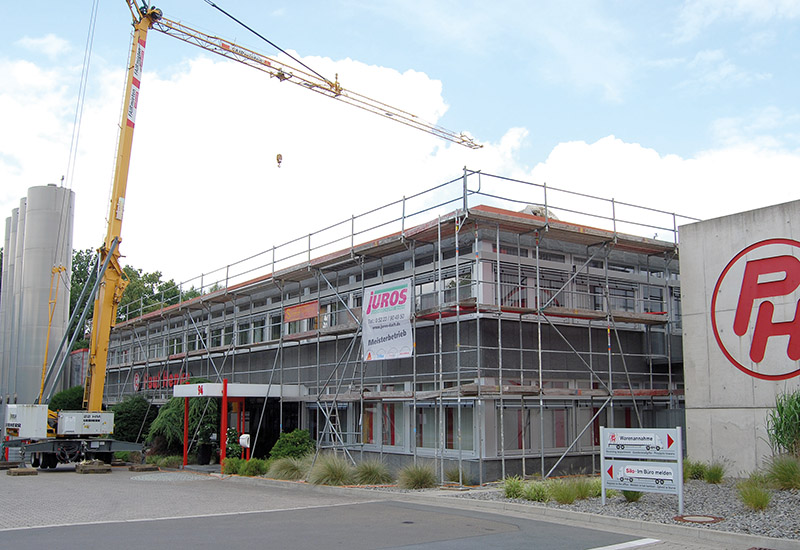 2017
The largest investment in the company's history 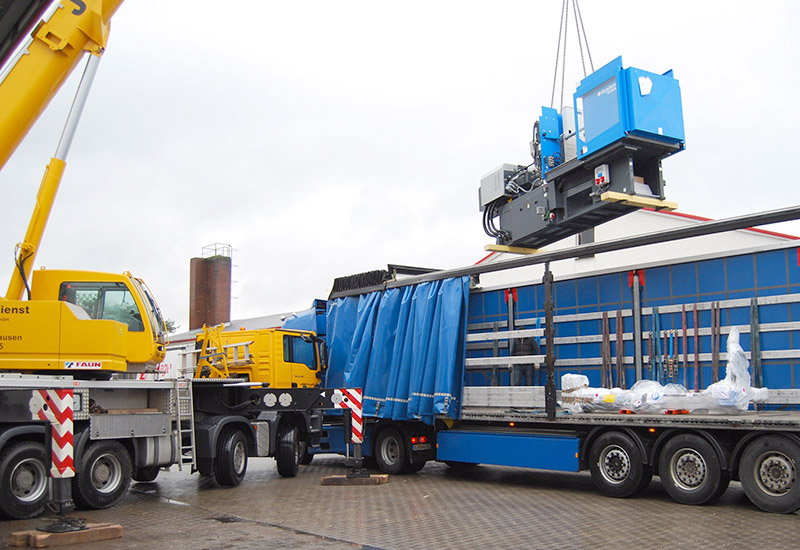 It required a great deal of courage to become self-employed in 1929. Unemployment in Germany was at 3.2 million, political unrest was plaguing the German Reich and many were looking to the future with gloomy expectations.
At this time, a 27-year-old young man in Bad Oeynhausen made an extremely courageous decision and decided to take his future into his own hands. Paul Henke founded his company!

The economic situation had improved, but many people in Germany saw the foreshadowing of the approaching Second World War.
Paul Henke continued to work intensively on his success and opened a subcontracting business for the surrounding furniture manufacturers in the basement of a residential building and a wooden barracks located on a property in Eidinghausen. An automatic punching press was used to produce shelf support sleeves from steel strip.

Bad Oeynhausen and Löhne had fallen victim to heavy bombing in the final stages of the war. Paul Henke was one of the outstanding optimists during this time. Instead of waiting for future developments like many others, he made the decision of a full-blooded entrepreneur and began with the construction of a new two-story company building with an area of approx. 350 square meters.

A sensational economic upswing was underway in the Federal Republic of Germany.
Paul Henke also profited significantly from the successes of the reconstruction and set up an electroplating workshop. A sales representative is hired to attract even more customers. And Paul Henke's quality products are also being noticed in neighboring countries: The first exports go to Belgium.

With the Netherlands, Paul Henke is pleased to open up a second export market. Driven by the domestic furniture industry, which discovered a very large sales market for itself there. The outstanding relations continue to this day.

The whole of Europe was amazed at the reconstruction and the economic boom in the Federal Republic of Germany. Paul Henke also continues his success story: In 1954, the company is registered in the commercial registry.

Great sadness among the Henke family and the company's employees, great compassion throughout the industry. Company founder Paul Henke passes away all too soon at the age of just 57. His wife Hedwig successfully continues the business with her sons Günter and Dieter.

The plastics era begins at Paul Henke. With the purchase of a then state-of-the-art injection molding machine from Battenfeld and two molds, a new era in the company's history is initiated. Plinth corners and shelf supports made of plastic are produced in large quantities and meet great demand in the developing kitchen furniture industry in East Westphalia.

Paul Henke continues to develop steadily, at the end of the year the first million in sales is entered in the company books and thus joins the blossoming of the East Westphalian furniture industry. The capacities at the location become scarce and further expansion is discussed.

At Paul Henke, another milestone in the company's history is set this year with the move to Löhne-Gohfeld: In the spring, a plot of land measuring over 5,000 square meters is purchased, on which a 1,000-square-meter production hall and a 200-square-meter office building are built that same year. Enough for the following decades - or so many believed at the time.

At Paul Henke, operations in Löhne-Gohfeld reach the ten-employee mark for the first time, growing from a small business to a medium-sized enterprise.

A giant step into the future. Before many other, at that time much larger companies, ERP - "enterprise resource planning" - was introduced at Paul Henke.

The added value is significantly increased by creating an own tool shop on an area of approx. 600 square meters. At the same time, another property with 3200 square meters area is purchased for future expansions.

A hit product is produced for the first time at Paul Henke: The first plinth height adjuster is produced. Under the management of Günter and Dieter Henke, the company will achieve sensational success in the kitchen furniture industry with this product.

Paul Henke continues to invest in the future: The first zinc die-casting machine is set up and a spray-painting facility with a manual spray wall starts operation. The office building, which is now "bursting at the seams", is rebuilt, with a tool shop behind it.

The next generation follows in the footsteps of the company founder: Roger Henke, son of Dieter Henke, starts at Paul Henke as a tool mechanic. The company continues to keep up with the latest technology: master computers for injection molding machines are rolled out.

Deep mourning among the workforce and all business associates: Günter Henke passes away at the age of only 49. He just had played a decisive role in preparing the company's first appearance at the Interzum trade show in Cologne.

The leap across "the big pond" succeeds, Henke products are presented for the first time at a trade fair in the USA. In Löhne-Gohfeld, the company rents 6000 square meters of factory space from the former "Möbel Witte" company.

Germany is reunited and a new economic miracle is emerging. Paul Henke prepares for the emerging furniture boom: The 100th injection molding machine is put into operation.

An automatic painting facility increases productivity and expands the range of expertise. Independence from external service providers is further strengthened. The number of employees increases to 120.

The business continues to expand in Löhne, but also takes the opportunity to purchase a manufacturer of decorative and technical plastic profiles who is in financial distress: As a sister company of Paul Henke, project Kunststofftechnik GmbH in Bad Salzuflen is brought back into orderly financial conditions. Both companies now complement each other in their product range.

The "Witte Halls" are purchased together with the more than 10,000 square meters property.
In the sample department, computer-controlled shuttles for 10,240 sample boxes are put into operation. The sales department can now see which samples are in stock. The impressive structure is 18 meters high and weighs 45,840 kilograms.

Henke is gearing up for the demands of the next millennium. Roger Henke is appointed as an additional managing director, and his sister Jessica Henke starts at the company as an industrial clerk. A 1400 square meter building belonging to a neighboring company is purchased and converted into a state-of-the-art paint facility. The telephone system is expanded to up to 200 extensions. In the paint department, two shuttles 18 meters high are installed, providing space for 6,960 paint containers.

At Paul Henke, the tool shop receives an 8 meter high tool shuttle. Here, 2400 different parts from a simple screw to milling cutters are managed via master computers and controlled up to the point of ordering.

The heating at Paul Henke is now also computer-controlled. In an edition of 3000 copies, the Henke catalog appears for the first time in ring binder form.

Paul Henke buys another neighboring property with warehouses and office building. The entire company property in Löhne-Gohfeld is now more than 38,000 square meters. The newly introduced QM system ISO 9001/2000 is in the spirit of the times.

For the first time, Henke fittings receives an order for Germany's model sector, the automotive industry. Over 6 years, around 2 million plastic rails are produced for the VW Golf 5.

High-tech is continuously improving the possibilities in toolmaking at Paul Henke. The employees are excited about the acquisition of a laser welding machine of the very latest generation.

Paul Henke und project presents itself for the first time at the ZOW trade fair in Bad Salzuflen. The industry audience reacts very positively to the presented innovations, the handle profile Vario, the Henke angle profile with corners and the plinth profile 2008.

Construction of a new 1600 square meter building begins. This is where the new Paul Henke landmark is being built, the TowerMat integrated into the building, accommodating almost 3,000 molds at a height of 28 meters.

The TowerMat is completed and put into operation. This makes production at Paul Henke even more effective and efficient. Plant management, quality assurance and technology are provided with modern and well-equipped offices in the new building.

The 330th Demag injection molding machine is purchased at Paul Henke. A modern, 300 square meter in-house exhibition is set up. Now it is possible to show the products in a very representative setting when customers visit. The administrative staff are pleased that they now have additional office space in the rooms of the old exhibition.

The certified management system according to DIN ISO 9001:2008 is introduced.
The "choice-h" interior drawer, a new height adjustment for plinth feet and an opaque ventilation grille are trade fair innovations with which Paul Henke attracts many visitors to its booth at ZOW.

A new cooling system for the injection molds is installed in the production facilities during the summer vacations. With the new highly efficient cooling system, which once again significantly minimizes energy consumption, Paul Henke sees itself well positioned for the next two decades in this area.

Paul Henke changes the "face" at Brückenstraße: In the course of a fundamental facade renovation of the office building, all windows are also completely replaced. All colleagues now benefit from the modern shading systems that keep out the sun's rays.

The largest investment in the history of Paul Henke: 20 purely electrically powered Demag injection molding machines go into operation. This multi-million euro investment not only further increases efficiency in production. Employees also benefit, as the machines, which are operated without hydraulics, work much more quietly and need to be readjusted less frequently.

The Corona outbreak at the beginning of the year poses unprecedented challenges for people, the industry and the company. Investments are being put on hold. Protecting employees and ensuring delivery reliability to customers are top priorities.